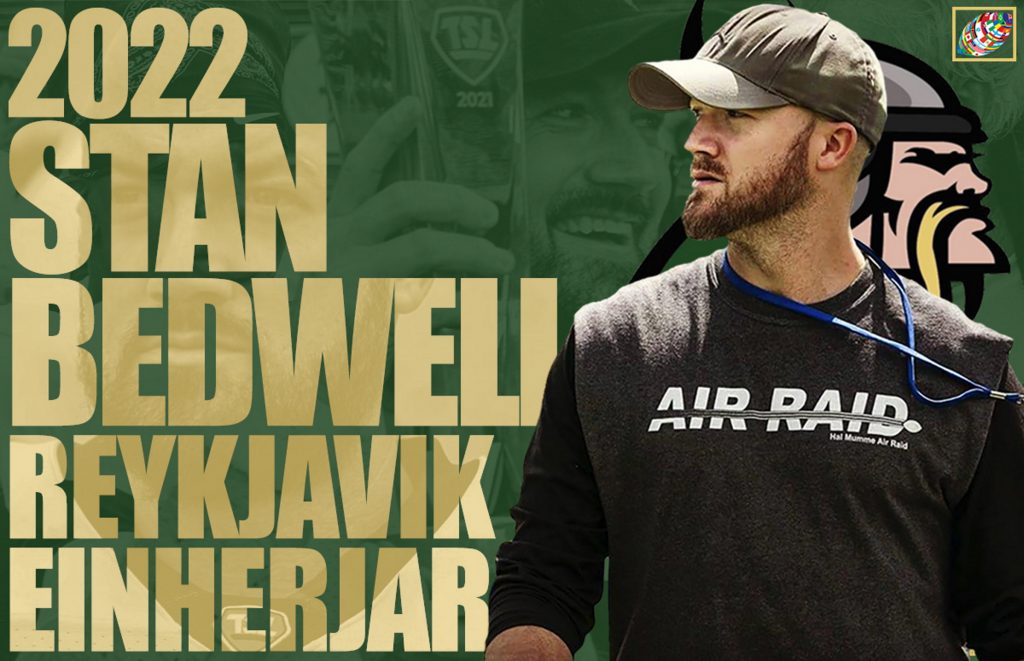 My guest today on this football conversation is Stan Bedwell who’s one of the premier disciples of Hal Mumme’s creation – The Air Raid Offense. My first recollection of meeting Stan was when he was Co-Offensive Coordinator at Manchester University during our game in Defiance, Ohio.

Stan has lived the life of a Football Troubadour singing the virtues of the Air Raid on an International stage. He is also known for his karaoke performances. Stan has played overseas for many years and his playing career in Europe has given him the opportunity to explore some beautiful cities and interesting regions of the world.

As he straddles his chosen vagabond lifestyle as a football coach and mentor of coaches in the Air Raid he stays uniquely grounded in his lifestyle.

I’m sure you will enjoy listening to this International Man of Mystery, the incomparable Stan Bedwell, as he creates a football coaching life on his terms.

Getting started with the Air Raid: One of my best friends from high school was a teacher and coach at Vilonia High School in Arkansas and they were clients of the Tony Franklin system at the time. In 2008, I went there and I was spending time with him that summer and I learned a lot about the Franklin system stuff.

Hal Mumme’s philosophy on QBs: What every team was doing (In The Spring League) was signing two quarterbacks that were both fringe NFL guys and each QB would play a half of each game. Coach Mumme has always had the philosophy that the starter gets all the reps. Even at the small college level at Belhaven, our starters were getting 90 to 95% of our reps, some weeks, all 100%.

What’s next? For me, it’s never really been about stepping stones and getting to the highest level. I’ve never really thought about leaving a legacy or anything like that. Today football is something that I do because I love it. And I love it because of the people that you get to interact with and be around all the time.