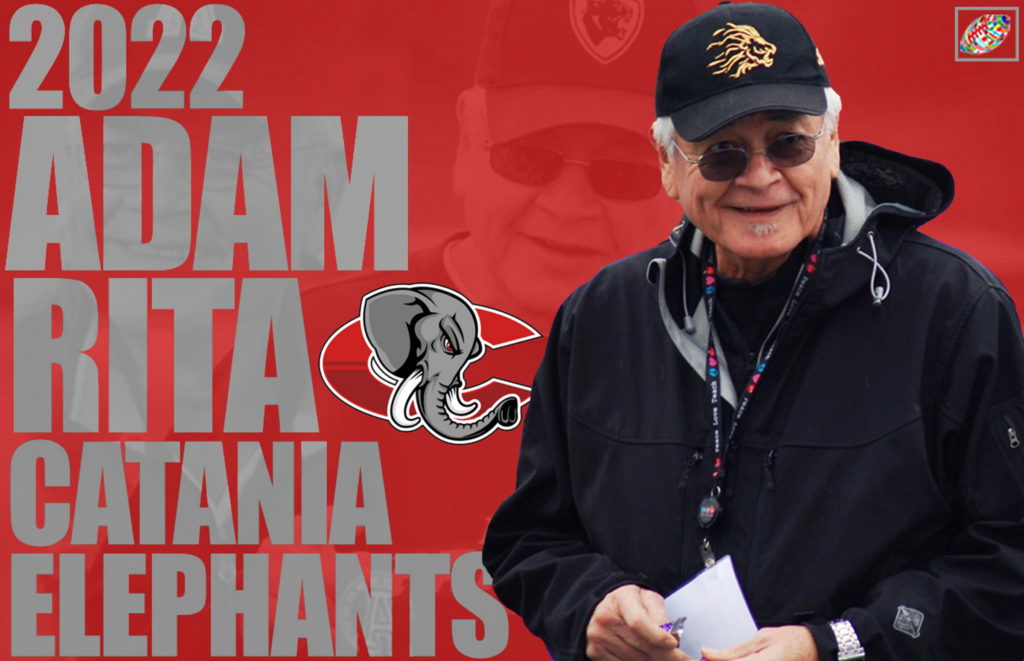 My guest today on this football conversation is Coach Adam Rita. Coach Rita is a true world traveler who left the state of Hawaii to play college football and has wound up coaching in college and the professional ranks of the CFL. A noted offensive strategist he’s also had the distinction of being a 4-time Grey Cup champion as a coach as well as winning the prestigious Grey Cup two more times as an executive in the Canadian Football League.

Adam retired from the CFL in 2010 and has traveled the world coaching football in Europe since that time. I’m sure you will enjoy listening to Coach Rita’s journey which spans 5 decades of success on the gridiron and includes some outstanding relationships with players and coaches along the way.

Growing up in Hawaii: There are lots of things to see in the world. When you are born on an island, you have this sense of adventure that there’s got to be more than this island I live on and I use football as a vehicle to really see the world.

Creating chemistry in an offense: A lot of time with my receivers and quarterbacks in the offseason, we would go to a park and throw. We would even go camping together and go on different trips, in each case we would throw the ball around. So, we were always together. This way we had that instinct between a quarterback and receiver that you could not replicate in traditional practices.

The Coaching Fraternity: We have quite the fraternity, where there’s a lot of respect between coaches, especially the guys that you’ve gone against. You know who they are and what they do and what they bring to the table and there’s quite a bit of respect there. Plus the guys that I’ve worked with over the years, they’re still friends, and we still stay in touch. If you look at my Facebook 90% of the people on there are related to football, parents, and players it revolves around football.